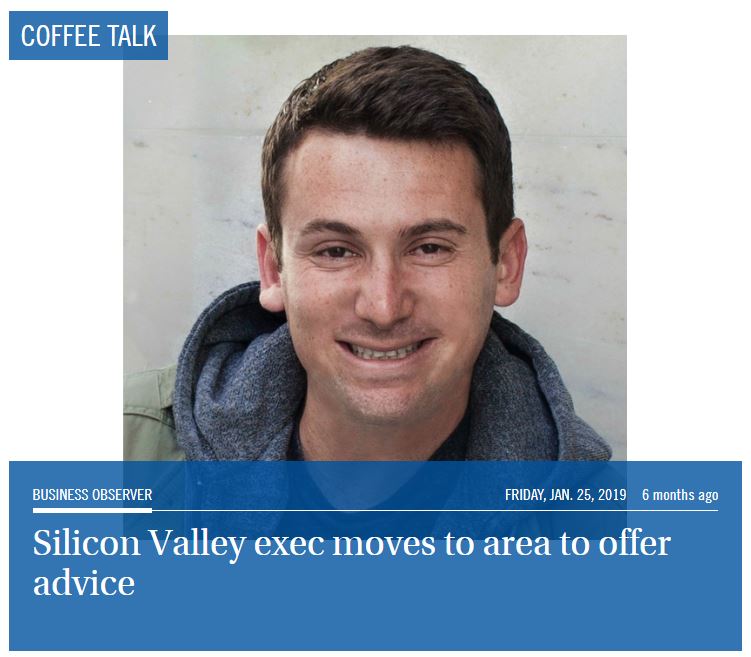 The Florida-Israel Business Accelerator has made great strides since being formed in 2016 by the nonprofit Tampa Jewish Federation and Community Centers as a way to help Israeli entrepreneurs and tech companies get a foothold in the United States.

Many more business leaders, both local and out of town, are taking notice of FIBA. The organization, for example, has assembled an all-star team of executive advisers for its 2019 Launch Program, which begins Jan. 21. One of them, entrepreneur and consultant Ilya Movshovich, has temporarily moved to Tampa from Silicon Valley for the three-week duration of the program.

“I love looking outside of Silicon Valley in terms of startups,” Movshovich, 38, tells Coffee Talk. “While it’s a known fact that three-quarters of all venture-funded startups are in Silicon Valley, New York or Boston, that still leaves a lot of opportunity for the rest of the country. Silicon Valley is still viewed as, and always will be, the hub, but there’s so much innovation and hunger from entrepreneurs outside [Silicon Valley], so much talent.”

Movshovich, who is Jewish and whose family immigrated to the United States in 1989 from Russia, has relatives in Miami but will be visiting Tampa for the first time. He’s worked as a consultant for several Israeli startups, and looks forward to getting an in-depth look at the Tampa Bay business community.

“To be able to understand and get familiar with Tampa entrepreneurs and the startup environment, you have to be there for a good chunk of time,” he says. “Popping in and popping out, it’s just not the same.”

Featured on StPeteCatalyst.com Israeli firms focused on food waste, drone detection, construction among the FIBA class of 2019 Featured on Calcalistech.com: Silicon Valley or New York: for Many Israeli Startups This Is No Longer the Question