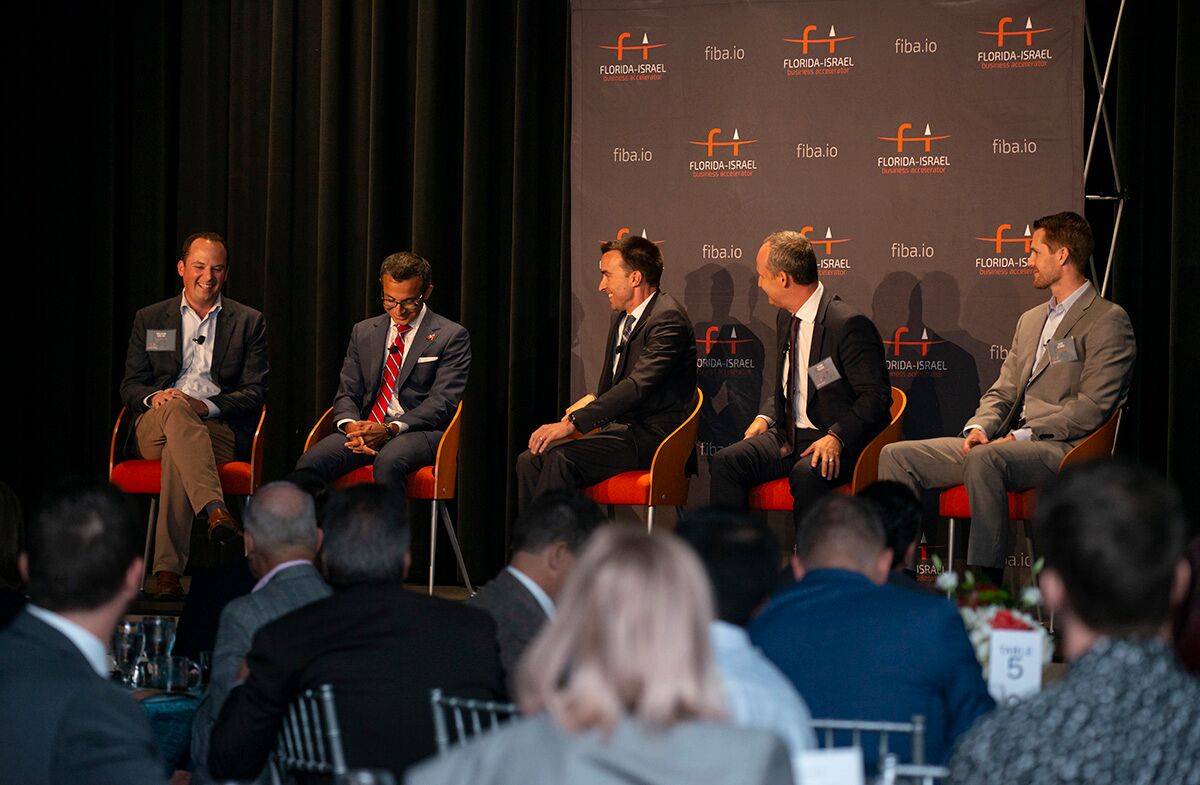 The Tampa Bay Buccaneers have partnered with Intel on technology to enhance the fan experience inside the stadium.

The Bucs will use Intel True View, with ultra-high-definition cameras and 3D technology, to show fans at Raymond James Stadium multiple-angle views of plays, including from the perspective of the players, said Atul Khosla, chief corporate development and brand officer for the NFL team.

Khosla was among the leaders of the area’s sports organizations that talked about how technology is changing sports during the Florida-Israel Business Accelerator’s Innovation Fusion Wednesday night in Tampa.

The brothers who created the technology behind Intel True View, Aviv and Matteo Shapira, delivered one of the keynote addresses at the program. They initially sketched the idea on a paper napkin, and led their Israeli-based company, Replay Technologies, through a lot of ups and downs before they sold it to Intel (Nasdaq: INTC) for a reported $175 million in 2015, Reuters reported.

There’s a lot of competition for fans’ time and entertainment dollars, so the Tampa Bay Rays use technology to make the fan experience as seamless as possible, said William Walsh, vice president of strategy and development.

“Tropicana Field was the first professional sports venue in North America to go entirely cash-free this season. It had some people scratching their heads, but we’ve done a lot of research and it shows there’s a measurable impact and reduction in ques and in wait times. That’s a way to use technology to reduce that friction and get people back to their seats faster so they can enjoy the game,” Walsh said.

Amalie Arena, the home of the Tampa Bay Lightning, is a key part of Water Street Tampa, the $3 billion mixed-use project under development by Strategic Property Partners, controlled by Lightning owner Jeff Vinik and Cascade Investment. The Lightning and SPP have partnered to create a “smart city,” with its own WiFi and where connections are plentiful, said Steve Griggs, the Lightning’s CEO.

“On your app you would have everything from Waze, to the digital parking garage that we’ll have, to digital tickets,” Griggs said. “The only thing you have to bring is your phone and that will push you out to other pieces that we’ll have throughout the district so it’s an immersive experience, not just in the arena and not just the district but combined together.”

Water Street and the Riverwalk in downtown Tampa will play a big role when Tampa hosts the Super Bowl in 2021, said Rob Higgins, executive director of the Tampa Bay Sports Commission…