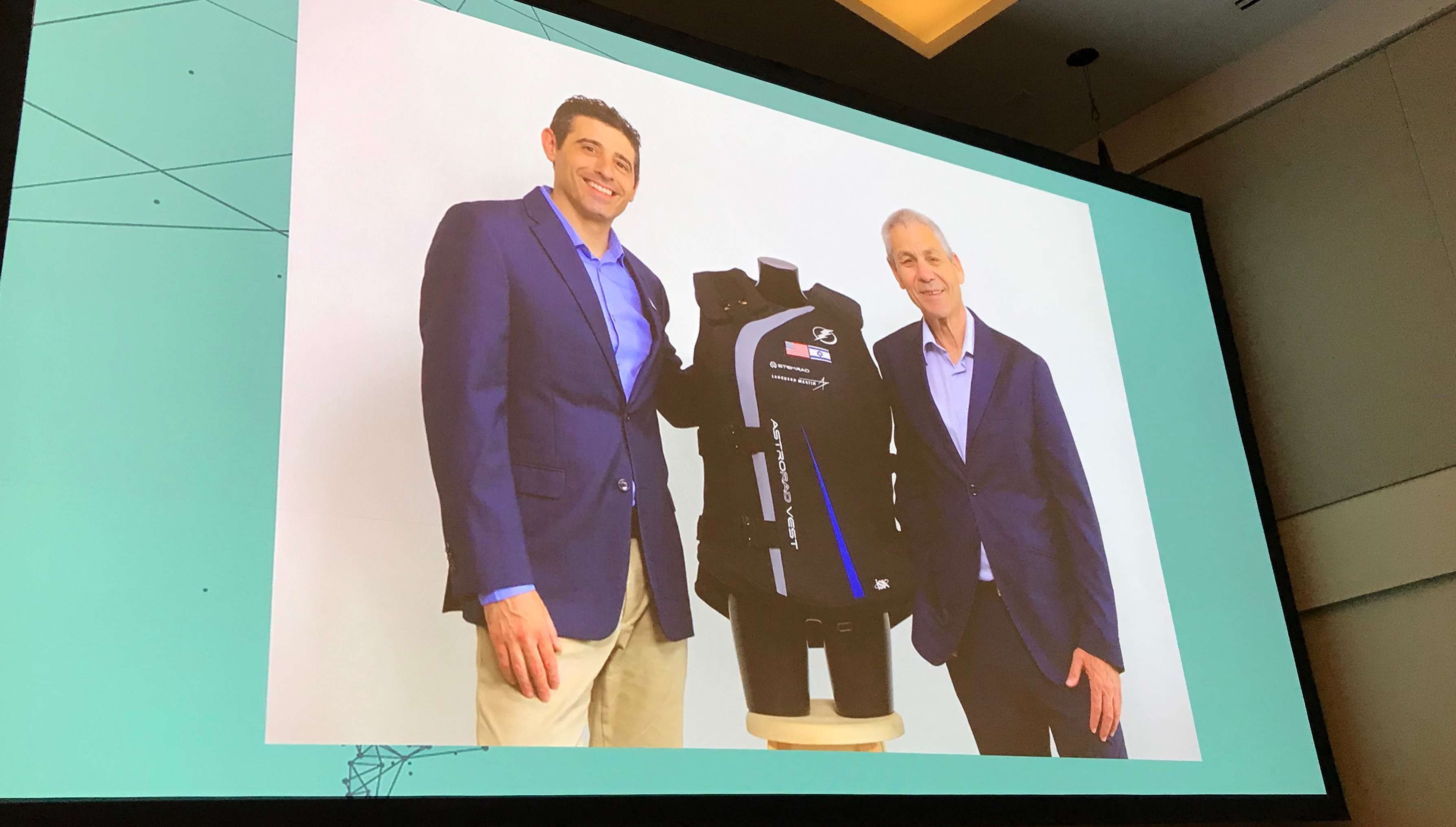 A vest designed by StemRad to protect astronauts from dangerous deep space radiation will be part of a SpaceX flight this summer.

The SpaceX flight will be followed by a NASA mission in preparation for a mission to Mars, said Jack Ross, vice president of North American operations for StemRad, based in Tel Aviv and among the most successful participants to date in the Florida-Israel Business Accelerator in Tampa.

The company develops, manufactures and provides what it says are the only radiation protection solutions in the world for first responders, firefighters, military personnel, astronauts and physicians. The company improves users’ lives, Dr. Oren Milstein, CEO, told The Jerusalem Post in a May 1 interview.

“Until the advent of our technology, the assumption was that you have to protect the whole body to achieve meaningful benefit. StemRad is saying, hey, you can’t protect the whole body, it’s going to be too heavy or too cumbersome, but you can selectively shield the most sensitive tissues in the body, like breast tissue and like bone marrow, so that you are able to achieve a meaningful benefit,” Milstein said. 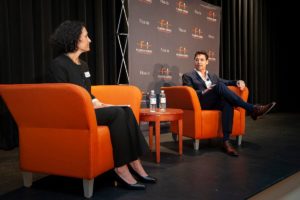 Rakefet Bachur, director of marketing and strategic partnerships for FIBA, talked with Jack Ross of StemRad during the May 22 Innovation Fusion.

Ross, who gave up his job as executive director of FIBA to join StemRad, gave a sneak peek at what’s ahead for StemRad during FIBA’s Innovation Fusion on May 22.

“It’s been a whirlwind,” since StemRad joined the FIBA’s inaugural cohort of companies in 2017, said Ross, who also is an investor in the company. Among the highlights:

• Tampa Bay Lightning owner Jeff Vinik led a funding round that raised $6 million in late 2017. The Lightning’s team logo was included above the U.S. and Israeli flags on a mockup of a StemRad vest Ross displayed during the presentation.

• StemRad struck a deal with AGORA, a St. Petersburg-based manufacturer, to make products in the United States, a requirement for some of its work with the Department of Defense.

• Milstein and his family are moving to Tampa and the company itself will move from the FIBA office at the Bryan Glazer Family Jewish Community Center to Embarc Collective in downtown Tampa when that facility is completed.

The company operates in five industries, and Ross highlighted several of them during the FIBA event, including the scheduled July launch from Cape Canaveral, when a SpaceX Falcon 9 rocket will launch a Dragon spacecraft mission on an operational cargo delivery flight to the International Space Station. The StemRad vest on board will undergo ergonomic and human factor testing.