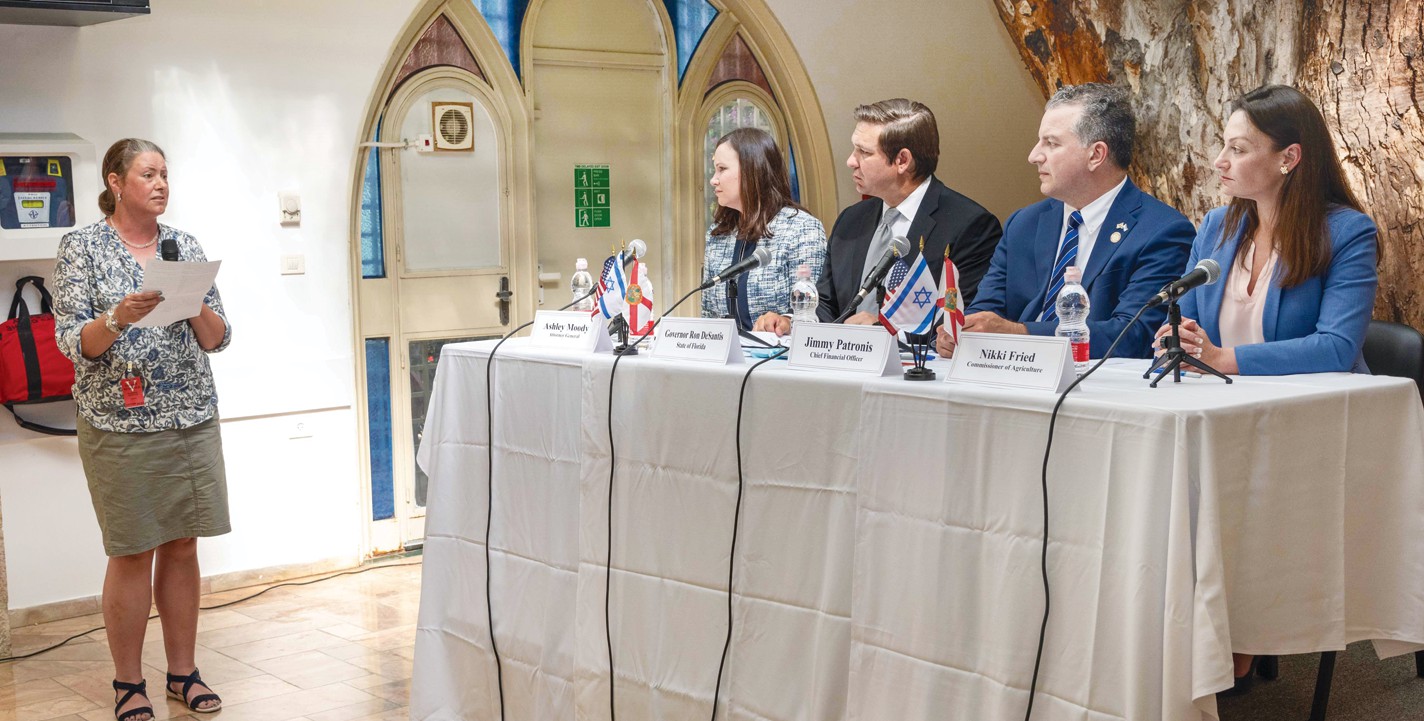 With more than 100 fellow bipartisan politicians and businessmen in town, Gov. Ron DeSantis made his first foreign trip since taking office to Israel, leading a business development mission and holding the state’s first ever Cabinet meeting on foreign soil.

He also visited a West Bank settlement, the first official trade mission beyond “the green line” by a U.S. governor, according to the Jerusalem Post.

The trip, May 25-31, was organized in conjunction with Enterprise Florida, Inc.

In addition to the Cabinet meeting and visits to numerous Israeli businesses and cultural, religious and historical sites, DeSantis and cabinet members met with Benjamin Netanyahu on the day after the Israeli prime minister failed to form a governing coalition, triggering another election.

Among his activities, DeSantis prayed at the Western Wall where he placed two prayers, one for Florida’s safety this hurricane season and the other from a Panhandle girl who lost her house in Hurricane Michael, according to the South Florida Sun-Sentinel.

The governor also planted a tree at the Kennedy Peace Garden, laid a wreath at Yad Vashem and delivered the keynote address to the 2019 Israel-American Business Summit.

He established more than 20 strategic partnerships and Memorandums of Understanding (MOU) between Florida institutions and ones in Israel. The MOUs included agreements between leading universities in Florida and Israel, as well as an extension of the Florida- Israel Innovation Partnership and a new pact between Space Florida and the Israel Space Agency…

Among other mission highlights are:

More than 10 meetings and events with Israeli companies and business leaders to recruit new investments and bring high-wage jobs to Florida. Among the companies visited were Rafael, a military and defense technologies development firm; … Nobactra, an agricultural research firm specializing in plant disease solutions, including citrus greening – a topic of key importance to Florida; Stemrad, which specializes in protective equipment for radiation and opened operations in Tampa after coming to the Bay area through FIBA.