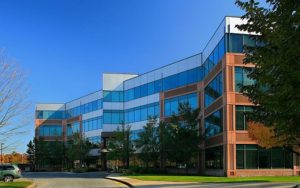 US cloud computing company Salesforce said Wednesday it had acquired the Israeli-founded company ClickSoftware in a deal valued at $1.35 billion. Salesforce said the deal would help it become a leader in the field service software industry. “The addition of ClickSoftware will enhance Salesforce Service Cloud’s leadership as the #1 service platform, empowering every service […]

Featuring FIBA company WizeCare.The Israel-U.S. Binational Industrial Research and Development (BIRD) Foundation has approved $8.2 million in funding for nine new joint US-Israeli projects.The grants will help these firms to get access to additional private sector funding, thus boosting the total value of funding available for all of the projects to approximately $20 million, the […] 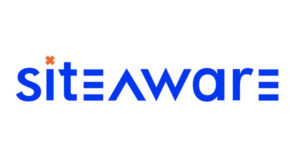 Featuring FIBA company SiteAware.  or years, real-estate technology startups watched from the fringes as big banks and venture-capital firms lavished attention on financial-technology firms.Now “proptech” has joined the party. Startups are raising more cash than ever while landlords are adopting a range of new software and hardware that is changing the way they do business.New capital […]

Renault and Nissan, part of one of the world’s leading automotive alliances, on Monday inaugurated an open innovation lab in Tel Aviv that will work together with Israeli startups to test their technologies in a bid to tap into the next big thing of automotive industry. The lab was set up in partnership with the […] 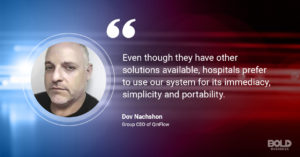 Featuring FIBA company QinFlow. Accidents and unintentional injuries are the third leading cause of mortality in the United States. The ratio of death happening immediately after the injury is even more alarming. Despite advances in medical and emergency management services, more than half of injury patients expire in the field or die shortly after reaching the hospital. […] 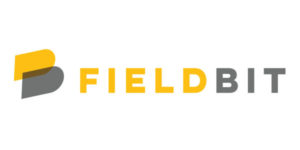 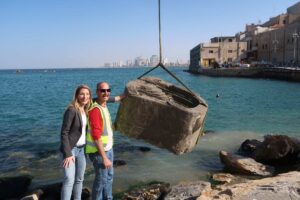 Shimrit Perkol-Finkel, cofounder and CEO of Israeli startup ECOncrete, has had an outstanding month of May.She was one of four women crowned by the European Union as outstanding female innovators at VivaTech in Paris; received the women’s “Forward Actor of the Year” award at the GreenTech Festival in Berlin; and was named one of Fast Company’s “Most Creative People of 2019.” ECOncrete […]

Featuring FIBA company Vorpal. … Proof of Concept – Keeping an Eye on DronesTo advance the potential for NEC services, AT&T is creating a NEC environment at the AT&T Foundry in Plano, Texas, where we co-create new, cutting-edge solutions with enterprise and public safety customers. Our team in Plano worked with the AT&T Foundry in Israel to identify a startup that […] 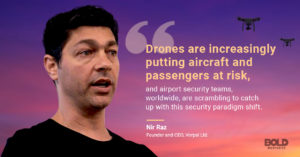 Featuring FIBA company Vorpal. According to the Federal Aviation Administration, there were over 1 million unmanned aerial vehicles (UAVs) registered as of 2018. Better known as drones, UAVs have strict areas where they may travel. But increasingly, whether intentionally or through ignorance, drones are finding their way into restricted areas. Because of this, many are seeking anti-drone […]