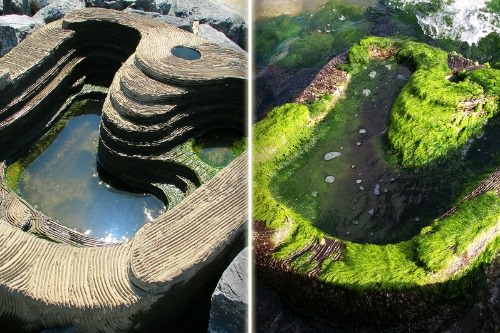 With the increasing frequency of extreme weather events in coastal cities, ECOncrete has announced a more than $5 million Series A funding round as it seeks to broaden its solutions for ecological, carbon-storing marine construction.

The round was led by Impact investor Bridges Israel, with new investors including Barclays and a North American family office with an interest in ocean health.

ECOncrete creates environmentally sound concrete blocks that enhance the biological and ecological value of urban, coastal, and marine infrastructure while increasing their strength and durability.

“With over half of the world’s population concentrating along coastlines, accelerated coastal development which inflicts severe stress on natural ecosystems is inevitable,” the company writes.

The company said that it hoped that the investment would enable rapid expansion into new markets and scaling operations into large-scale projects.