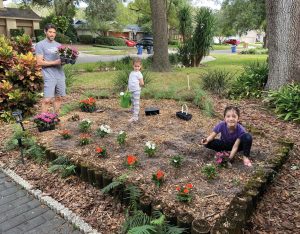 Two Israeli businessmen who first came to Tampa as part of the Florida-Israel Business Accelerator (FIBA) program have found a home here – not only for their companies, but also for their families.

The idea was that moving to Tampa would make it easier to establish markets for their companies in the United States, and that seemed to be working until COVID-19 put a wrinkle in their plans. Both men feel their companies – and their families – will get past this, however.

Dr. Oren Milstein, co-founder of StemRad, and Tomer Schatzberger, CEO of UC-Care (USA), left Tel Aviv and brought their families to Tampa late last year. Prior to moving here, the two Israeli businessmen had been regularly visiting their Tampa offices and employees. The thinking went that moving to Tampa would allow them to be more involved in their companies while giving their families a chance to explore, make connections, and establish roots here.

FIBA, based at the Bryan Glazer Family JCC in Tampa, was formed in 2016 and invited its first group of Israeli start-up companies in early 2017 – StemRad among them – to use office space at the JCC. FIBA helped introduce them to local investors and other business officials in an effort to help the startups establish U.S. markets. Each year since then, FIBA has continued to invite new groups of Israeli companies to Tampa with hopes they will set up operations locally. UC-Care was in FIBA’s 2018 group.

As seen on CalcalistTech.com “Israeli Startup Tries to Clear the Air in Hospital Wards” As seen on Israel21c.org “Why are 4 US states building bridges to Israeli tech?”