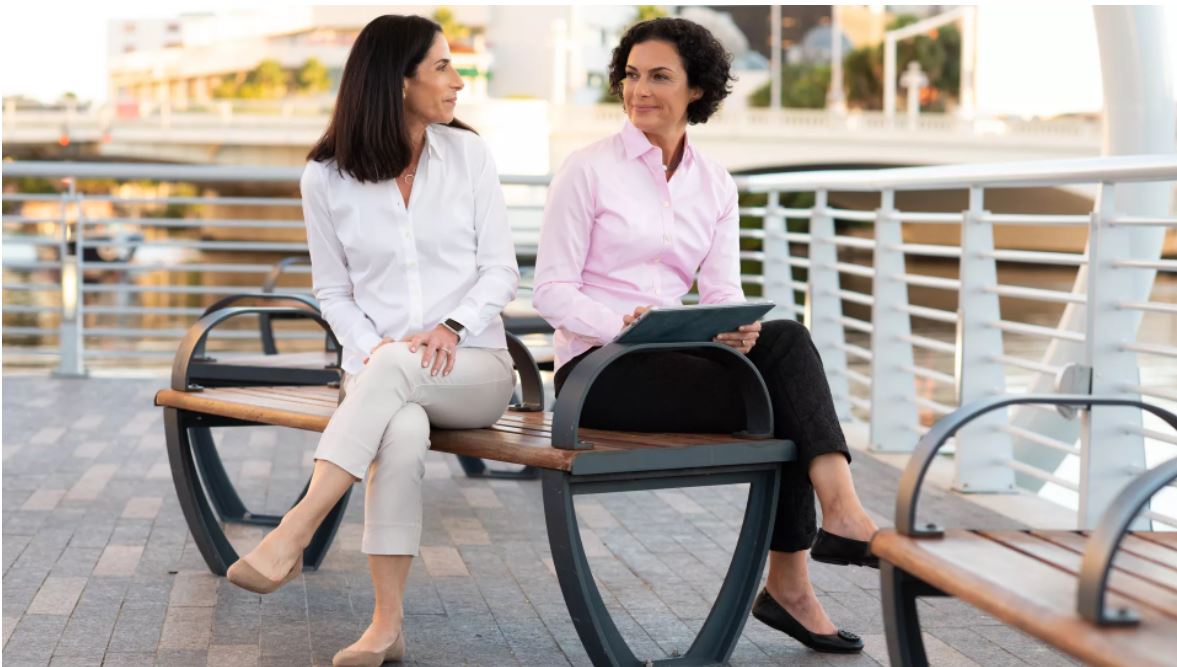 The massive building on North Howard Avenue in Tampa was once a place for history-making men, a former armory stocked for war and full of machismo.

Now, as the Jewish Community Center, the building hosts two women who hope to help transform Tampa Bay and perceptions of Israel.

Context: Rakefet Bachur-Phillips and Pam Miniati took over as co-directors of the Florida-Israel Business Accelerator (FIBA) just before the pandemic hit in 2020.

What they’re saying: “We used to really have to convince people to come to Tampa,” Bachur-Phillips told Axios. “We don’t have to do that anymore.”

Their stories: Bachur-Phillips, who was born and raised outside Tel Aviv, served in the Israeli military before finding her way to Tampa and later joining FIBA as a program director.

As seen on Tampa Bay Inno “Tampa-based FIBA accelerator wants to help restaurants and hotels with the labor crisis” As seen on The Business of Life Master Class podcast “Getting Inspired by Accelerator Leaders, Pam Miniati and Rakefet Phillips”