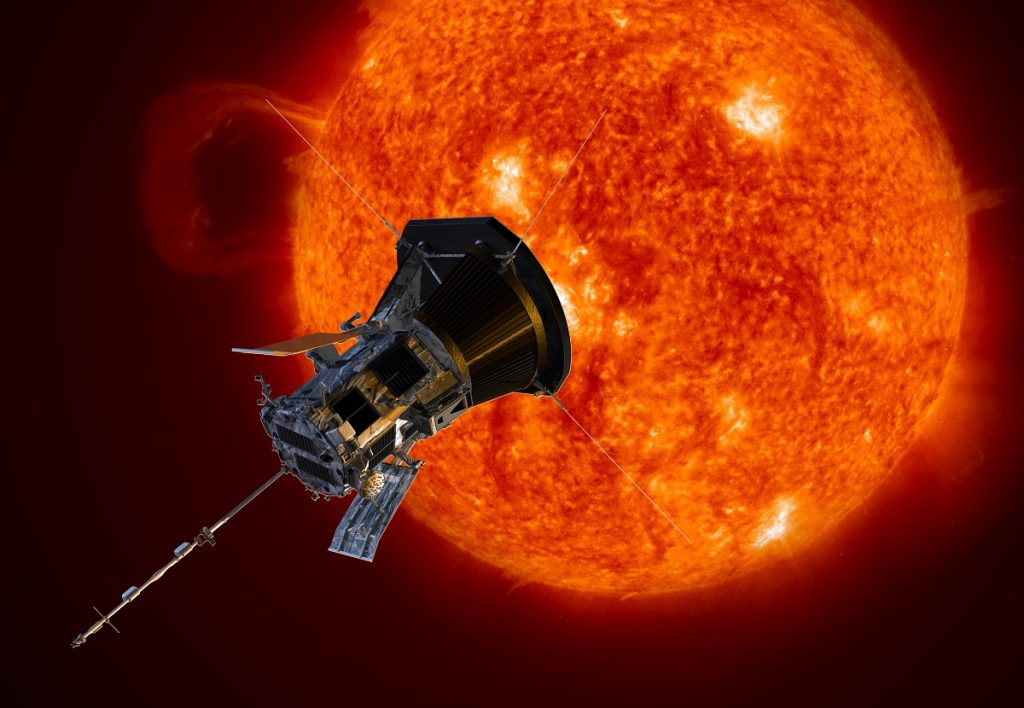 NASA has released the first image from inside the sun’s atmosphere and it is ground-breaking. The photo was taken by the Parker Solar Probe, which is fitted with Israeli-engineered sensors that are helping capture these first-ever high-resolution images.

The Parker Solar Probe spacecraft is the first human-made object to make it into the sun’s corona – the aura of plasma that surrounds the sun and which includes coronal mass ejects (CMEs) and solar winds. It completed its first encounter over the course of 12 days in late October and November, collecting unprecedented data with four suites of cutting-edge instruments.

The first set of data began downlinking to Earth on December 7, and a more complete set will be available after the spacecraft undergoes a second flyby in April 2019.

The Parker Solar Probe came within 16.9 million miles from the sun’s surface when the first image was taken on November 8.

The image shows at least two rays of coronal streamers, structures of solar material within the Sun’s atmosphere, seen over the east limb of the sun The bright object near the center of the image is the planet Mercury, and the dark spots are a result of background correction.

“TowerJazz has been working with SRI for several years to develop custom technology to support US government imaging applications,” Mike Scott, Director of TowerJazz USA Aerospace & Defense, said in a press statement in October. TowerJazz’s CMOS image sensors and pixel technology are used in photography, industrial, medical, automotive and consumer applications, including high-end camera phones and 3D cameras. “We are very pleased to see our teamwork take flight in this exciting endeavor by NASA.”